Klever consists of the following components (at the moment they are not clearly reflected in the repository): 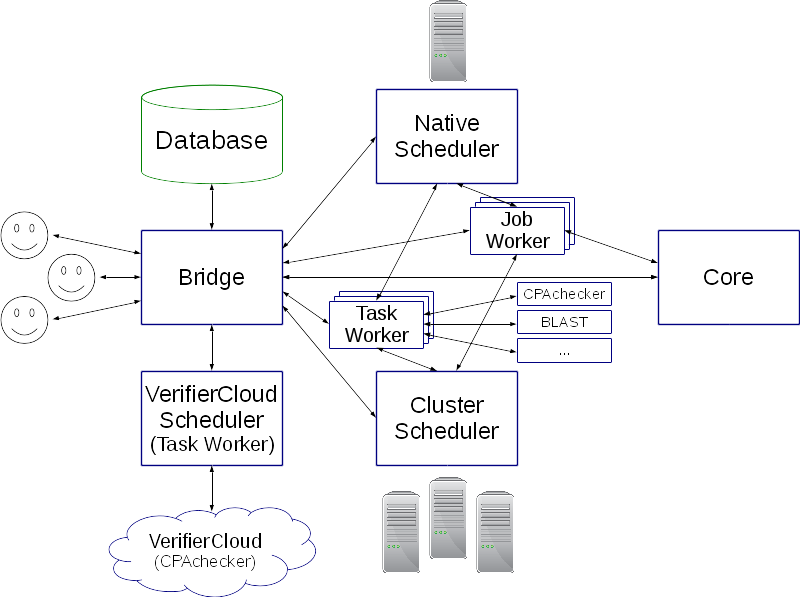 Bridge connects users and all other Klever components together by providing a web interface to a database. By using this interface users can prepare verification jobs of various classes (see below) and start their decision. Besides users can evaluate verification results by associating expert marks with corresponding reports (see below).

Schedulers allocate available resources to execute verification jobs and verification tasks (see below) obtained from Bridge in accordance with their scheduling policy.

Job Worker executes a verification job by means of the Core component.

Task Worker solves a verification task by means of a specified static verifier.

Both Core and static verifiers are launched under BenchExec (at the moment for Core it is used RunExec that is a part of BenchExec) that counters and limits consumed resources and performs some common pre- and post-processing of input parameters and output results.

Controller performs various checks of available services and resources and notify concerned parties about this.